An encyclopaedic, four volume work on every aircraft type proposed, designed, or manufactured in Australia from 1884 to the mid-1980’s 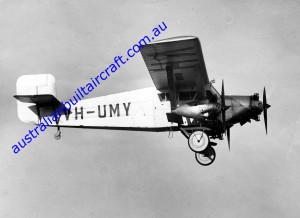 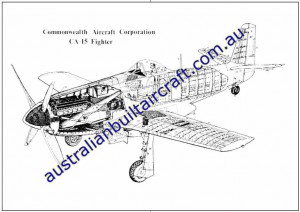 This is a website to promote my father’s book.

I hope to convey something of the enormous scope and detail of this work, which has taken a lifetime of research and writing. Anyone interested in aircraft or aviation history will be fascinated by this book. It contains thousands of photos, drawings and hundreds of pages of text.

Sample pages are presented here, as well as random images to give an idea of the scope. Have a look around; you are sure to find something of interest.

Check back regularly to get info about progress on Volumes 2, 3 and 4, said to be imminent.

Volume One is available now – see PURCHASE  for details.

The volumes in detail

In this volume, the author has turned his attention to all aspects of aviation from 1884 to 1939 via 14 chapters each packed with a wealth of detailed writing, photographs, and technical drawings never previously seen.

Chapter 15 is devoted entirely to the history of The Commonwealth Aircraft Corporation, a company, which has played such a huge part in the Australian aviation industry.
‘CAC’ as it was affectionately known by the thousands who worked there was formed in 1936 and was predominantly involved in trainer and fighter production, right through to part-production of the French designed Mirage in the 1980’s.
It developed into the most experienced and productive aircraft design organisation in Australia, originating imaginative world-class design proposals in all categories, most of which foundered because of lack of orders from military and civil operators, or from Government developmental sources.
CAC was also the major engine production centre in Australia, beginning with the Single Row Wasp for the Wirraway, through to the General Electric-F404 for the Hornet.
Apart from the thousands of production aircraft processed, the design projects undertaken, and the production programs investigated by CAC included the following:- Grumman Panther, supersonic fighters, Sabreliner, four engined fighter, Warrior air-superiority fighter, CA30-2F Macchi development, GAC-100 airliner, Boeing CH-47c Chinook, Yakovlev Yak-40, Grumman Tomcat, Lockheed Orion, McDonnell Douglas F-15 Eagle, and many others.
The Commonwealth Aircraft Corporation was taken over by Hawker de Havilland on 1 July 1986.

Chapter 16 covers the Government-established facility set-up to manufacture the Bristol Beaufort for World War II and which went on to manufacture the Beaufighter and the Lincoln bomber.
The organisation underwent various title changes, including Department of Aircraft Production (DAP) and Government Aircraft Factory (GAF). The latter is probably best-known for its design and production of the twin-engined Nomad utility aircraft, sold world-wide.
On 1 July, 1987 GAF was removed from its public service umbrella and became AeroSpace Technologies Australia (ASTA), which in turn became a subsidiary of Boeing. This chapter also covers the production undertaken for the aircraft industry by the WWII Annexes established by the Government.
Chapter 17 concerns the second part of the Australian de Havilland story, starting with its production of the DH84 Dragon and continuing through the Mosquito to its postwar work on the Vampire and Drover, plus its own projects and proposals.
The latter included a Chipmunk look-alike, a Twin-Merlin transport, an original jet trainer, a four engined airliner, and Sea Venom production. Military helicopter work became a major part of company production and overhaul, plus engine and propeller overhaul at its Lidcome plant.

Chapter 18 sees us at the outbreak of war, the Aeronautical Engineering Branch of the Department of Civil Aviation (DCA) prepared a number of preliminary designs for aircraft types needed desperately by the Royal Australian Air Force, but the requirement was met from imports before detailed work began.
Modification of contemporary aircraft types to suit military roles was another major task undertaken by DCA, as well as the development of the `Flying Jeep’ (Skywards) which was based on the Cierva C30A autogyro.
To meet the urgent need for transport aircraft by the RAAF, and for civil commitments, investigations were carried out on all sorts of aircraft from the Avro 10, the Norseman, the Curtiss Caravan, and the Commando, plus a number of local designs – the allotment of C-47’s by the United State Army Air Force (USAAF) overcame the shortage.
Firms like Clyde Engineering, and Aircraft Development tried to obtain contracts to build Oxfords, Ansons, and the Bellanca 28-90B, but developments took another direction.
The war also brought a rash of proposals from smaller firms anxious to participate in the obvious need for an expanded Air Force, and many had, or obtained alliances with English or American firms with the hope of a licence production arrangement.
However, none were acceptable to the RAAF and they were all stillborn, but nonetheless, the proposals, negotiations, and principles so involved, are covered in detail.
This chapter also includes a representative selection of major redesigns to various aircraft types, and of re-engine projects, over an extended period, plus the work done by the two major airlines, after World War II, towards upgrading their fleets.
Chapter 19 looks at the Post-war period, there was a resurgence of interest in training and personal aircraft, and the work of eight companies so involved is covered, with their products including the Victa Airtourer, the Yeoman Cropmaster, and the Transavia Airtruck.
Chapter 20 deals primarily with the postwar homebuilding movement and the formation of the Ultralight Aircraft Association, which became the Sport Aircraft Association of Australia. It is divided into four parts, covering the latter’s aircraft types, the minimum-aircraft movement, individual aircraft projects, and rotary-wing projects.